SINGAPORE (EDGEPROP) - Based on the latest statistics from the URA released on Jan 15, developers are estimated to have sold close to 10,164 private housing units (excluding executive condos or ECs) for the full year in 2019. This translates to an increase of 15.6% y-o-y over the 8,795 new private homes sold in 2018.

According to Tricia Song, head of research for Singapore at Colliers International, the number of new home sales in 2019 is the highest since 2017, which saw 10,566 units sold. This signals the gradual acceptance of the property cooling measures implemented in July 2018, she says. 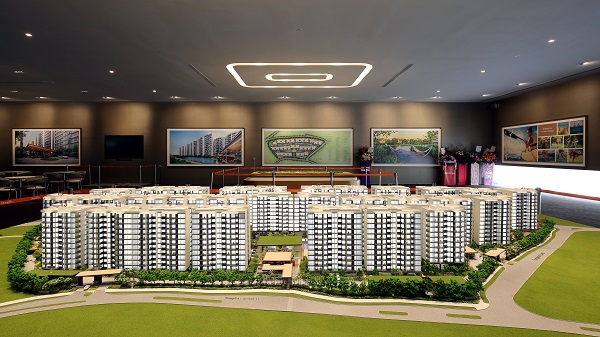 Treasure at Tampines was the top-selling residential project in 2019, with 874 units sold in the year (Picture: Samuel Isaac Chua/The Edge Singapore)

Based on the URA’s sales data, the best-selling project for the whole of 2019 was Treasure at Tampines which sold 874 units, followed by Parc Esta which shifted 620 units, and The Florence Residences which sold 561 units.

Meanwhile, developers launched 370 units for sale in December 2019 and sold 538 new private residential units. This is lower than the 1,165 units (excluding ECs) transacted in the preceding month; the volume of units sold fell by 53.1% m-o-m and by 10.6% y-o-y.

“The lower sales volume in December was expected because of the year-end school holidays and lack of new launches to excite buyers,” says Lee Sze Teck, director of research at Huttons Asia. 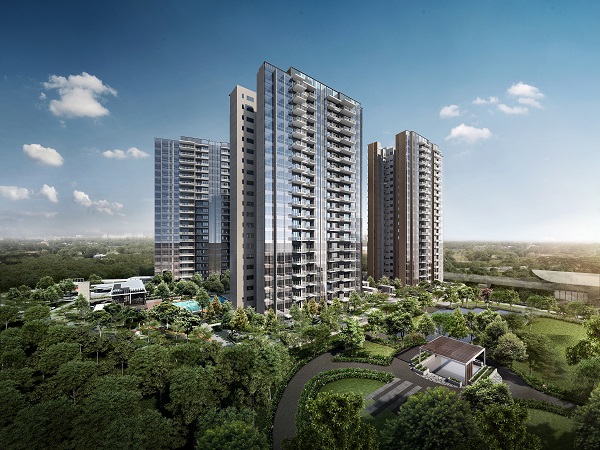 The 735-unit Parc Botannia was the best-selling project in December 2019, shifting 49 units at a median price of $1,345 psf (Picture: Sing Holdings)

According to Song, “[there is] progressive take-up at earlier launches, underscoring the resilient demand. We note that buyers continue to be value-conscious, gravitating towards projects with good locational attributes such as being near transport links and good schools, as well as an affordable price quantum”.

Flurry of new launches in 2020

According to Christine Sun, head of research and consultancy at OrangeTee & Tie, “many developers held back their official launches [in December 2019] in anticipation of a resurgence in buying interest, which usually occurs at the beginning of the year, after buyers return from the year-end holidays”.

Nicholas Mak, head of research and consultancy at ERA Realty, states that the first two weeks of this year have already seen three major residential projects launched, namely Van Holland, Leedon Green, and The Avenir, with more to follow after the Lunar New Year period.

The crowd on the launch weekend of Van Holland on Jan 11-12 (Photo: Koh Brothers)

Read also: Buyers snap up 10 units at Van Holland on opening weekend of sales
And: Hong Leong sells 20 units at The Avenir on launch weekend

He adds: “For the projects to be launched after the Lunar New Year, developers hope that the long [sales] runway that is uninterrupted by public holidays would allow their new project launches to accelerate the sales momentum.”

Looking ahead, Colliers expects that the property market will be supported by macroeconomic factors including stable economic growth and low unemployment rate in Singapore, a low interest rate environment, and an available pool of genuine buyers. The market also lacks excessive exuberance, which reduces the risk of new property cooling measures by the government.

Concerns of a glut in the private housing market also appear to be overstated, given the expected number of launch-ready units coming online this year, says Mak of ERA.

“As a large cloud of uncertainty has been lifted from the macro-economic environment with the agreement of Phase 1 of the US-China trade deal, the home-buying momentum that was built up last year could continue into 2020,” Mak says, adding that “with a relatively lower new housing supply expected this year, the alarm over the so-called housing glut may have been overblown”.

1) How resilient is the demand for high-end condos?

3) [UPDATED] Singapore’s housing market in 2020: What will the leap year bring?

New Condos in Singapore below $799K

Huttons' comments on May developers sales