Part 1: One word to describe the property market during Covid-19 – AMAZING

The Circuit Breaker (7 to 30 April) posed initial challenges to buyers, sellers and agents as physical viewing was disallowed. There was even talk in the market that there may be no sales at all in the worst case! The worst developer sales performance on record was in January 2009 where an estimated 108 units were sold. Everyone was bracing for the worst.

In the monthly update by URA, the property market confounded all expectations by turning in an exceptional performance in April 2020. Developers sold an estimated 277 units in April and almost 100 units via virtual viewing from 7 to 30 April.

There were still naysayers who nitpicked that these are buyers who had viewed before the circuit breaker and is not a true reflection of the market. They say the worst in the economy is yet to come with a deeper recession and more unemployment. They further predict that sales volume will fall in May 2020 as the circuit breaker and physical viewing was extended to 1 June.

How did the market do?

Huttons did an analysis of developer sales based on caveats downloaded on 8 June 2020. Again, the property market never failed to surprise us with its strength and resilience. One word – AMAZING!

Developers sold an estimated 484 units in May 2020, an eye-popping 75% higher than April’s sales. Before the circuit breaker, developer sales have exceeded launches for six consecutive months. We believe it will be the case of sales exceeding launches in May, reflecting the depth of demand in the market. 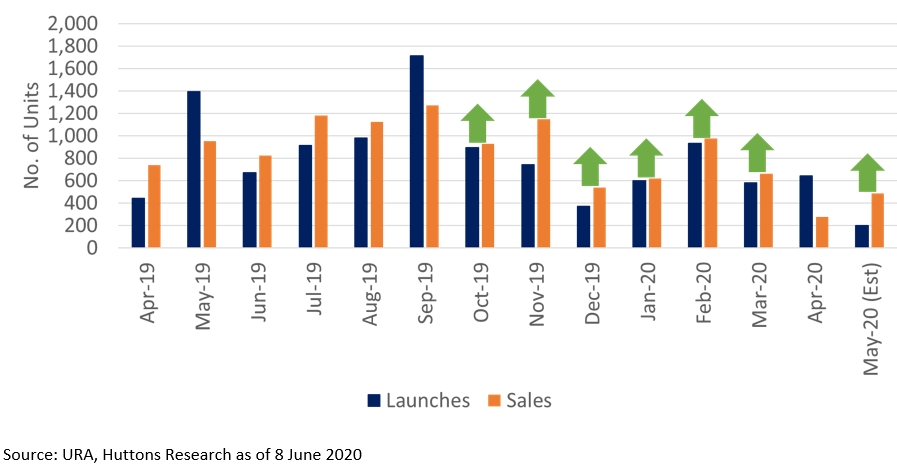 Why did people continue to buy properties amidst the uncertainties?

Firstly, we think there is a shift in buying behaviour. While property is a big-ticket purchase, the one-month circuit breaker in April has made people accustomed to buying things online. Without this shift in buying behaviour, online sales of property will be very challenging. There were many examples of buyers who commit to a purchase in May 2020 without even viewing the show gallery.

Secondly, the high savings rate of residents is a boon in this uncertain time and it has given asset purchases like properties a boost. M2 deposits in Singapore has risen by almost S$80 billion or 13% over a period of 15 months. 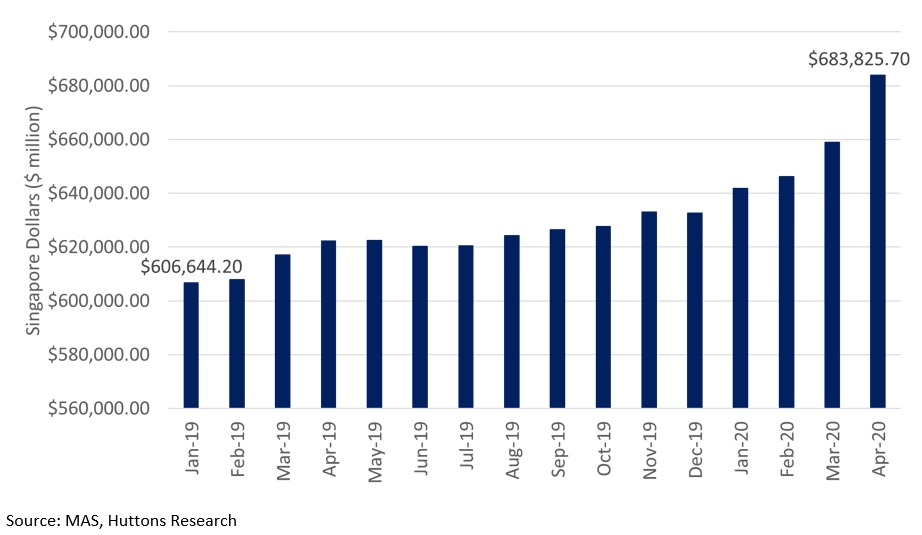 Thirdly, resident unemployment rate has stayed low at 3.3% (March 2020). The Government has rolled out an estimated $23.5 billion (Straits Times, 26 May 2020) to support local jobs. If jobs and income are preserved, it means that demand for consumer and investment goods are intact. This will put Singapore in a good position to emerge stronger from the pandemic.

Lastly, it is a bit counter-intuitive but Covid-19 actually jolted some buyers to actively plan for their future. The uncertainties over income and employment were a wake-up call that the road to financial freedom lies elsewhere. Safer and stable assets like properties were preferred over the volatile stock market.

Taken in totality, this shows that buyers are ignoring the short-term uncertainties caused by Covid-19 and buying into the long-term fundamentals of Singapore, reflecting a resilient property market!

Property Boom in a Pandemic