The M moves past virus worries with 70% of units sold

SINGAPORE (EDGEPROP) - Wing Tai Asia announced that more than 360 units (70%) of the 522-unit condominium project, The M on Middle Road, were sold over the weekend of Feb 22-23. The average price achieved for units sold was $2,450 psf. The majority of buyers are said to be Singaporeans in their 30s and 40s, comprising both owner-occupiers and investors. “We believe it demonstrates that home buyers have confidence in our product and in the precautionary measures we have taken to protect them from any spread of COVID-19,” says Stacey Ow Yeong, head of marketing at Wing Tai Property Management in a release this evening [Feb 23].

Besides the prime location of The M in the Ophir-Rochor Corridor, another draw for investors and homebuyers was the work-life (home/work) concept and reasonable pricing, adds Ow Yeong.

As the expressions of interest in the first weekend of public preview was strong, with more than 2,000 visitors to the sales gallery on Feb 15-16, sales had to be conducted by balloting system from 8.30am to 3pm on Saturday, Feb 22. 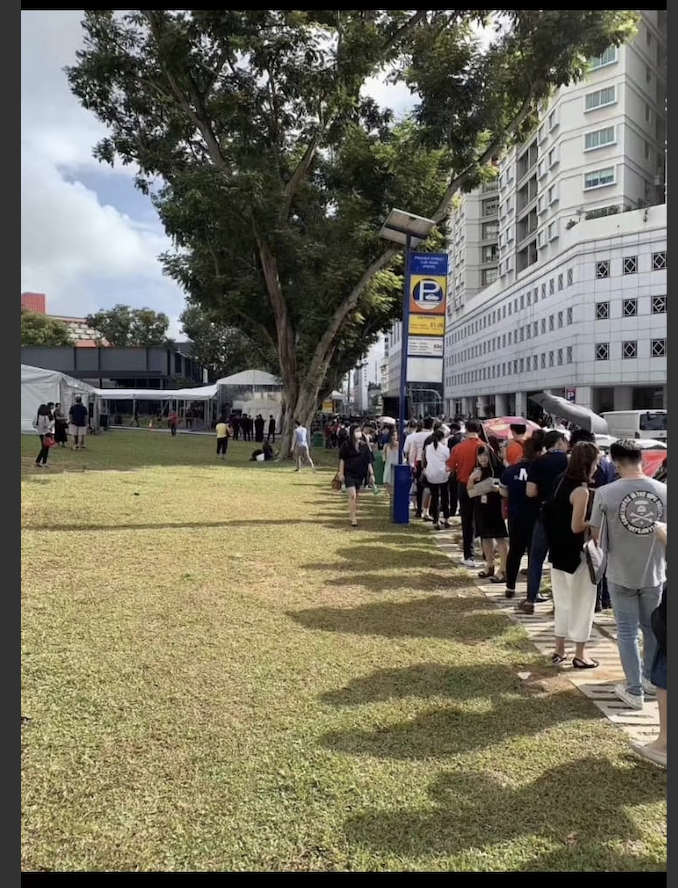 The queue outside the sales gallery of The M on Feb 22, where balloting took place from 8.3am to 3pm (Photo: Wing Tai Asia)

“Such sales result is very good news not just for the developer of The M, but the industry as a whole,” says Ismail Gafoor, CEO of PropNex Realty. “It goes to show that despite the property cooling measures that are still in place, economic tensions and for that matter, the novel coronavirus, homebuyers and investors are ready to come out and pick up units in projects that are sensitively priced. Therefore, location, design and pricing are all positive attributes that are key to a winning project launch.”

The previous weekend saw the 496-unit Parc Canberra executive condo achieve sales of 64% (316 units) at an average price of $1,085 psf. “Many figured that it was because Parc Canberra was an EC project and the first to be launched this year, and it was open only to Singaporean buyers,” adds Gafoor. “However, The M is a project located within the Core Central Region (CCR).”

Eugene Lim, key executive officer of ERA Realty Network considers sales at The M “record-breaking”. “We have not seen such good pace of sales for a CCR project for some time,” he says. “It helps lighten the gloom in market sentiment.”

In fact, Lee Sze Teck, head of research at Huttons Asia, reckons the last time such high sales figure was achieved for a project in the CCR was back “at the peak of the market”, notably in mid-November 2013. That was when 468 units (71%) of the 660-unit DUO Residences was sold over three days at a simultaneous launch in Kuala Lumpur and Singapore by M+S, a joint venture between Singapore’s Temasek Holdings and Malaysia’s Khazanah Nasional. Incidentally, the integrated development is also located in the Ophir-Rochor corridor, near The M. 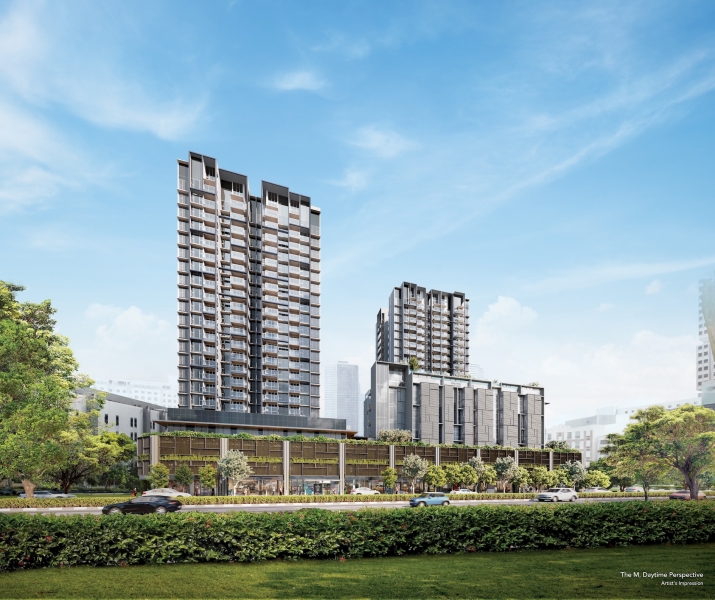 “Besides its location and design of the overall project, The M’s home/work concept resonated well with investors, many of whom bought the small units,” observes PropNex’s Gafoor. In fact, all 48 studios, with sizes from 409 to 420 sq ft, that were priced from under $1 million were the first to be snapped up during the balloting phase.

What’s noteworthy is also that Wing Tai made sure that the buyers at The M are genuine and would not require any extension in the completion of their purchases, says PropNex's Gafoor.

Check out the latest listings near The M, Parc Canberra, MRT Stations and Schools

The next game changer for Singapore property

What makes District 10 so popular?